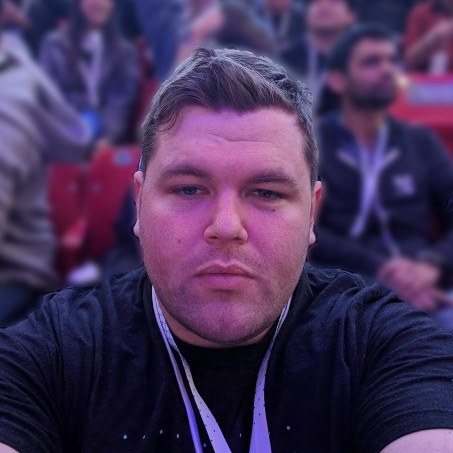 I love learning new things! I was studying for an LLB in Law but have decided to switch my degree to a subject more closely related to my field of employment.

I love to travel. I have seen most of Europe, some of the US, and hopefully it won't be to long until I see the rest of the world.

I love a challenge, building both technical and computationally difficult applications is where I feel most at home.

This is my first role out of the "agency" environment working on in-house systems.

As part of a small management team I have built an IT department, implementing industry standard solutions to the engineering aspects, and working with other key members proposing and implement new solutions to automate and/or improve efficiency.

The role is diverse with a focus on back-end development and DevOps. I have built back-end APIs using Python and PHP, written custom applications in C++, and maintain local Unix-based servers and relational databases. I also contributed (through design and mentorship) in developing front-end applications in TS(JS) with HTML and SASS(CSS).

I did work outsourced to me by my previous employer Logo Design Ltd, though I mainly worked on projects for smaller local businesses, including restaurants, takeaways, shops, an accountants and a care provider.

I also started to provide hosting services, which involved a small amount of linux server administration.

I also started to get more involved in project management using a team when outsourcing design work to people far most experienced than I.

Mainy front end work, but full stack when required. Worked with some large clients including LSL Property Service where I having been working on a front end framework expanding on the ever popular Bootstrap framework. Other companies I have worked for under Evosite include Flogas, Redwood Global, Springpak, Westpak and Bonsoir of London.

I have vastly increased my skills in server administration (Apache, NGINX, MySQL, remote management and AWS to name a few places where I have seen improvement) and Bash scripting, under the eyes of some very knowledgeable guys.

I worked as a full stack dev at Logo.

My largest project was a ebook generator for Symantec, followed by a cross-platform mobile game for SAP.

I worked on a few SAP microsite, but the majority of my time was took up by the companies website or one of the companies many smaller clients, including: R3MC (Biffa), Plymouth Community Healthcare (NHS), the Police Federation, Alexon brands (Kaliko, Eastex & Minuet Petite), Office Brokers, Gribbles Butchers, Polhawn Fort, Pentillie Castle, Peopil, Ivybridge Town Council, plus many others.

I was the sole developer at Clubnet.

I did some work on the in-house social network and built the company site, as well as running link building campaigns and working on building many SEO friendly sites for a number of clients, I also created the companies in-house monitoring tools to follow SERPs and link campaign progress automatically.

Bachelor of Science (Honours) in Computing and IT (Software), Upper Second-class Honours (2.1)

British Computer Society The Chartered Institute for IT

Institution of Analysts and Programmers

The Institution of Engineering and Technology